“I’m pumped up! I’m pumped up! It’s Wrestlemania!” This is just one of many strange exclamations made by former wrestler, announcer, and Governor of Minnesota, Jesse “The Body” Ventura during the first Wrestlemania event in 1985.

Hosted in New York’s Madison Square Garden, the original Wrestlemania was dubbed “the happening of the century.” Expectedly, there were the familiar stars of the wrestling world, Hulk Hogan and Andre The Giant, “Rowdy” Roddy Piper standing alongside the once-relevant cultural stars Mr. T, Cyndi Lauper, and, for some reason, Liberace.

This is where my experiment began. Revisiting the main event from all thirty five previous Wrestlemanias is a daunting task, even for someone in pseudo-isolation. But I figured if I have any shot of getting through this thing, I should try to breeze through the early years of the ‘Mania as quickly as possible.

I actually found the first few years quite enjoyable. Hogan headlines each of them, culminating in the eventual “body slamming” of the 520-pound Andre The Giant in Wrestlemania III. Good, clean fun.

The early years of Wrestlemania seem to have a few things in common. There are a lot of strange renditions of America The Beautiful performed by legends of soul music like Ray Charles, Aretha Franklin, and Gladys Knight. There are strange cameos by game show hosts in Alex Trebek and special guest time keeper Vanna White, of whom the announcers quip, “we know she knows the alphabet but can she count to ten?” And there’s the perpetuation of decidedly nationalist propaganda in the ramp up to the Gulf War.

The Iron Sheik, an Iranian-American performer who premiered just after the Iranian Hostage Crisis, partners up with Cold War artifact Nikolai Volkoff to defeat a tag team duo nicknamed The U.S. Express in Wrestlemania I. Guess who “the good guys” were…

By Wrestlemania VII, the Gulf War is in full-swing. The WWF champion is Sergeant Slaughter, who appears to have defected and joined the Iraqi military in, what one can only assume is, an unofficial capacity.

Then there’s the All-American, milk drinking, vitamin popping, prayer reciting, clearly balding Hulk Hogan. He’s often either carrying or draped in an American flag. He’s always looking for an excuse to rip off his yellow tank top. He’s a real American, and if you don’t believe me just listen to his theme song.

Another interesting political dynamic presents itself in this archival footage.

We can trace back the cozy relationship between Vince McMahon and Donald Trump to 1988/1989, when Trump’s casino and the nearby Atlantic City Convention Center hosted two Wrestlemanias in a row.

And there he is, the eventual unlikely President of the United States, he himself 50% carny and 50% con-man, sitting front row. Trump seems entertained, and at times downright giddy as he points at the in-ring action, all the while doing a terrible job of hiding the occasional bump of cocaine he accepts from a member of his entourage.

I find Trump’s presence distracting. With this benefit of hindsight, I can’t help but imagine just one high-rope maneuver going poorly, resulting in one of the performers bodies being flung violently into the front row, preventing our current national nightmare from ever happening at all.

It’s around this time when I experienced my first wave of fatigue.

I continued to mindlessly review professional wrestling’s manic episodes of the early 90s. They were occasionally entertaining but mostly predictable exercises in both novelty and nostalgia.

I was getting close to throwing in the towel when I stumbled across something truly unexpected in Wrestlemania XII. Namely, OJ Simpson’s white Ford Bronco.

Not a white Ford Bronco that resembled the one owned by OJ Simpson, but the actual OJ Simpson Bronco, crawling through LA freeways with dozens of LAPD vehicles following close behind. The commentary, however, was insisting this was “live footage” of the wrestler Roddy Piper pursuing his opponent, Golddust, in what they were calling a Hollywood Backlot Brawl.

THIS IS WHAT I’M TALKING ABOUT.

This is an insane appropriation of a real-life tragedy thrown into a blender of Barnum and Baleyian American kitsch. This bizarre sequence reveals not only the hubris of Vince McMahon, but the true absurdity of professional wrestling.

I’m not claiming any of this is transcendent art. But what wrestling does when it’s done effectively is bottle the dark side of the collective unconscious, reflect that reality back to its audience, who in turn feel empowered to choose who to root for. Life is hectic, unpredictable, and high stakes. Wrestling storylines are often chaotic, cyclical, and ultimately meaningless. Who cares what happens next? Let’s enjoy what we’re experiencing now.

The remaining years of the 1990s see pro wrestling delve into Jerry Springer-esque raunch that would catapult professional wrestling into the mainstream. By shifting their target audience from families to teenagers, and with a noticeable increase in the level of violence depicted on screen, the WWF recognized the commercial potential of Generation X’s irreverent angst and capitalized on it, big time. Stars like Stone Cold Steve Austin and the D-Generation X faction ushered in a new era of antiheroism and increasing violence that seem to fit the 90s incredibly well.

There’s a fascinating relationship in wrestling culture between the company and their fans. If a storyline isn’t working, occasionally fans show their disapproval so strongly that the only option for the writing staff is to pay the ransom. Leading up to Wrestemania XVIII, the WWF was strongly pushing a recently returned Hulk Hogan as the franchise’s bad guy. But once the match between Hogan and The Rock began, a nostalgia swept crowd cheered boisterously for Hogan. So much so that the storyline shifted into The Rock being the bad guy, without explanation, DURING the match.

The crowd just decided, “no we don’t like The Rock anymore.” At certain points you can sense the commentators realization that their narrative is no longer working. It was going to have to be altered on the fly.

“This crowd, right now, is solidly in Hollywood Hogan’s favor. At least the more vocals ones are…”

There was, however, a reason The Rock was headlining his fourth Wrestlemania, he could sense this shift and responded accordingly. With all the fervor of the villain in a silent movie, Dwayne Johnson hammed it up in the ring. When Hogan “hulked up,” the crowd went absolutely bananas, and the transformation to Good Guy was complete. A post-match handshake seemed it.

The pre-scripted outcome of the match didn’t change. The Rock won. But it hardly mattered, Rock’s feud with Hogan was dropped, as the latter morphed from his Hollywood persona to his Real American roots.

Nostalgia is the fuel behind wrestling’s success. Given the choice between the current product and the product of their childhood, almost all wrestling fans would defer to their adolescence. The WWF may have believed The Rock was a bigger star than Hogan, but the fans dictated otherwise.

In the early 2000s the WWF became the WWE, and began taming its on-screen drama to meet a PG rating. Stars like Stone Cold and The Rock had more or less left the company, save for the occasional cameo. The next generation of headliners were some interchangeably bland replacements. There goes that nostalgia bias again…

The main event of Wrestlemania XX main event was pretty uncomfortable. Chris Benoit won the WWE Championship that night, a few years prior to killing his family and himself in a murder/suicide brought on by the crippling effects of depression. Even more tragic is that the depression was a symptom of the traumatic brain damage Benoit suffered throughout his career.

The Benoit tragedy once again highlighted the often ignored physical and mental toll these private contractors (seriously, no health benefits) subject themselves to.

It became apparent around this point in the experiment that getting through the rest of these Wrestlemanias was going to be a slog. As a casual watcher, once you remove nostalgia from the formula it all becomes very uninteresting. But as I continued through the next couple of matches, I realized that the nostalgia never quite disappeared- the WWE wouldn’t let it die. The rules of linear time passage rarely apply to the universe of professional wrestling.

That’s because, as it turns out, I’m exactly the type of viewer the WWE is trying to attract. They anticipated this behavior, through focus groups and sample sizes, because they research their fans. And I think I might actually be one of them.

So why the hesitation? Why can’t I just admit that I’m a wrestling fan? I suppose there’s a certain social stigma fueled by the perception of what a “wrestling fan” looks like. Though in recent years there has been a surge of Millennial viewers who seem to embrace the more meta elements of the production, while prioritizing the athleticism and physicality over scripted storylines. I guess it feels like a more mature way to enjoy the freak show.

So I don’t know, maybe I am a wrestling fan. But I’m not a psychopath. thirty five Wrestlemanias is simply too much wrestling. I’m not gonna make it through all of these, but only because I’m saving my energy.

Somewhere in Florida, a vacant production complex will soon be occupied by a production crew. That crew will work tirelessly to produce a surreal spectacle over the course of two nights in April. I’ll be there, using a fake Yahoo e-mail account to secure my fifth free trial of WWE Network. I’ll probably be smiling, still not entirely sure if I’m actually enjoying what I’m watching, but watching nonetheless. 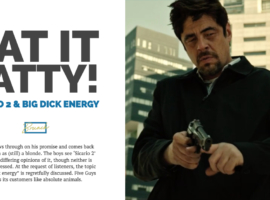 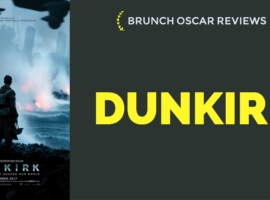 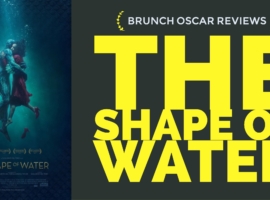 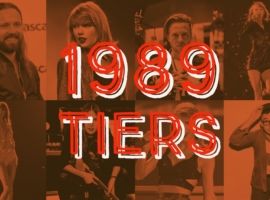 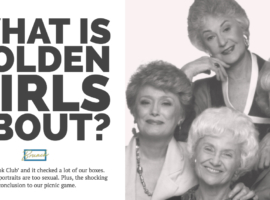 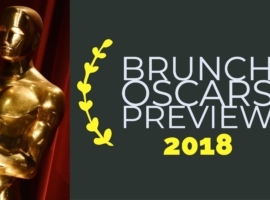